Autographed collectibles, such as a baseball card signed by a player, a film poster signed by an actor, or a figure signed by its designer, are becoming more and more popular. We're on a mission to track every collectible in the world so we track autographed items as individual Database Items in addition to the standard versions.

How we add Autographed Items

Autographed items are typically added as a Subvariant of the original, unsigned item (see here for general instructions on adding Subvariants) with some additional important guidelines:

Generally follow the guidelines described in the Photos article, but keep in mind these additional specifics for autographs:

This John Waters POP has three Subvariants, the standard one and two autographed versions. Both Subvariants were autographed by John Waters himself, but one of them was offered through 7 Bucks a Pop's Signature Series so it is listed separately. Each Subvariant's Detail Photo shows a closeup of the box's window where Waters signed them. 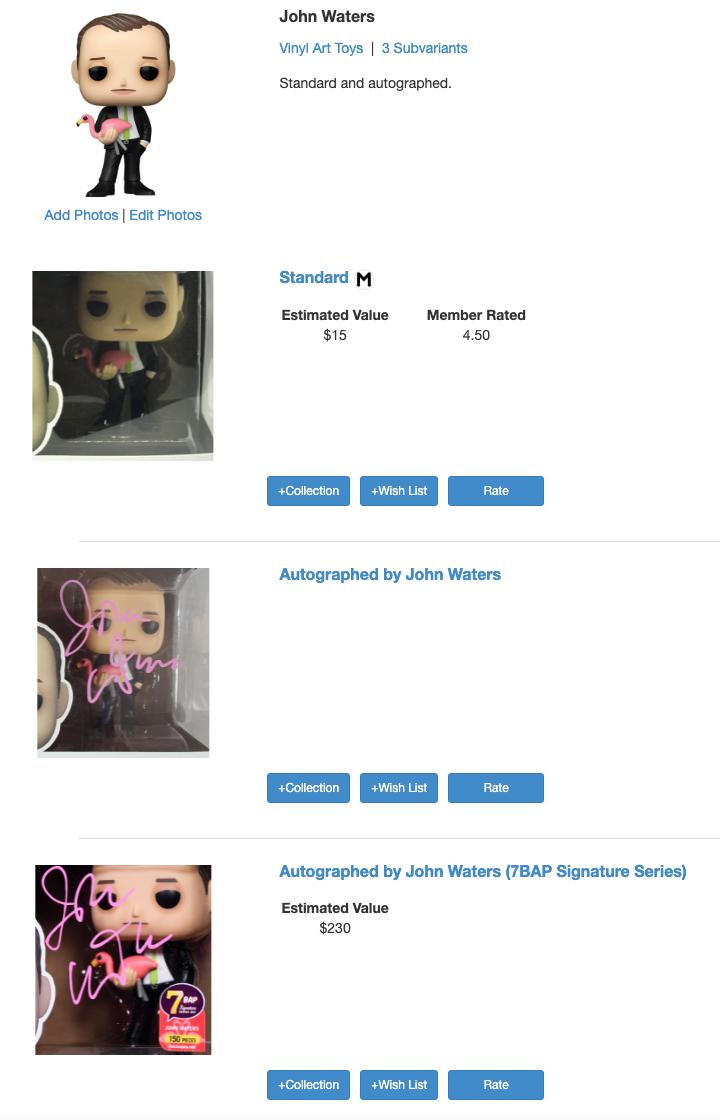 Determining the value of autographed items can be a bit tricky. Follow these guidelines to help us display the most accurate Estimated Value possible: