The Name given to each Database Item should be ideally its official name (and its English version if it has one).  Here is the order of preference for the item's name  -

Alternative Names are either in a different language to English or a name an item is also known by.

Here an example of a German model car  - 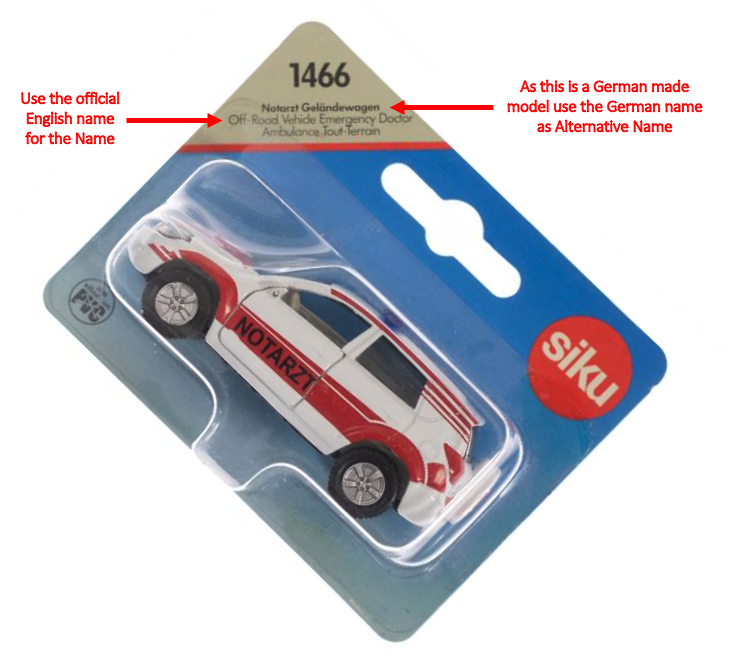 And here an item that is really mostly known as another name (as there are dozens of items called official Freddy Funko!)  - 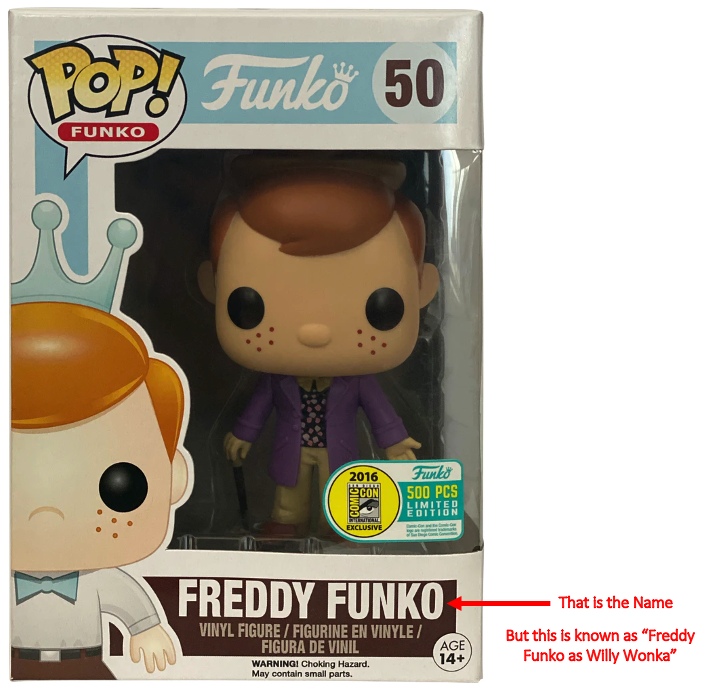 Note.  Do not use Alternative Name to add just keywords.  Relevant keywords should already be reflected by the Database Item's Related Subjects.

Send feedback
Sorry we couldn't be helpful. Help us improve this article with your feedback.
​​