The barrel clutch is placed over the sharp end to protect the carrier and create a seal. This is rarely used.

There are 3 types of clasp attachments  -

1. A Clasp that swivels around the pin and is made of two separate parts. The long stick needle is housed

In a U shaped enclosure and the sharp end trapped in a clasp that rotates to create a seal.

2. A Clasp that swivels around the pin and is made of one complete unit. More durable than the 2-piece construction that could be easily reattached if broken off in one unit; the metal is softer allowing the swivel end to be bent back upright if required.

3. The FB Parry Clasp that simply goes under the curved hook using pressure. The long needle is raised at the fixed end to create upward pressure allowing the sharp end to be trapped under the fold-over hook at the other end.

A pin that attaches by a separate magnet placed on the back between the two magnetic surfaces. This has been primarily created for staff to wear who did not wish to creature holes in their clothes through the traditional tack attachments.

This type of attachment is generally only used for buttons and not for pins. 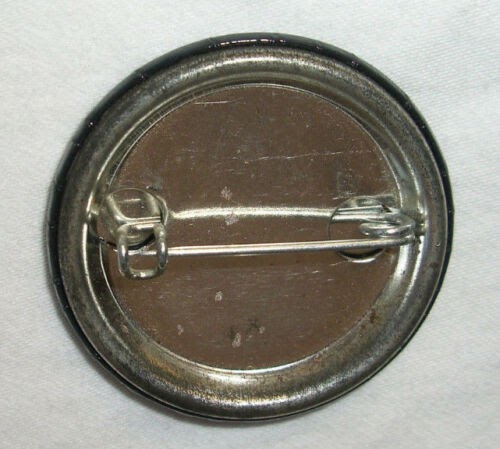 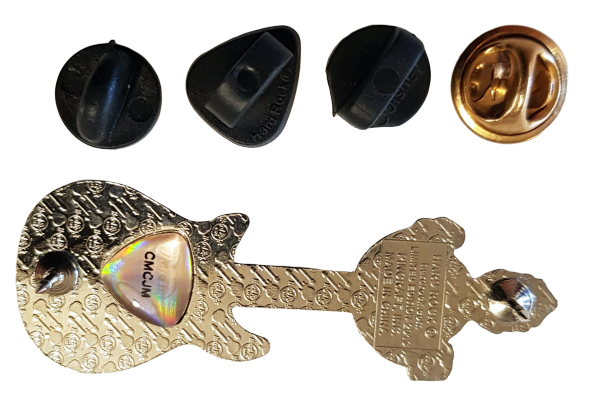 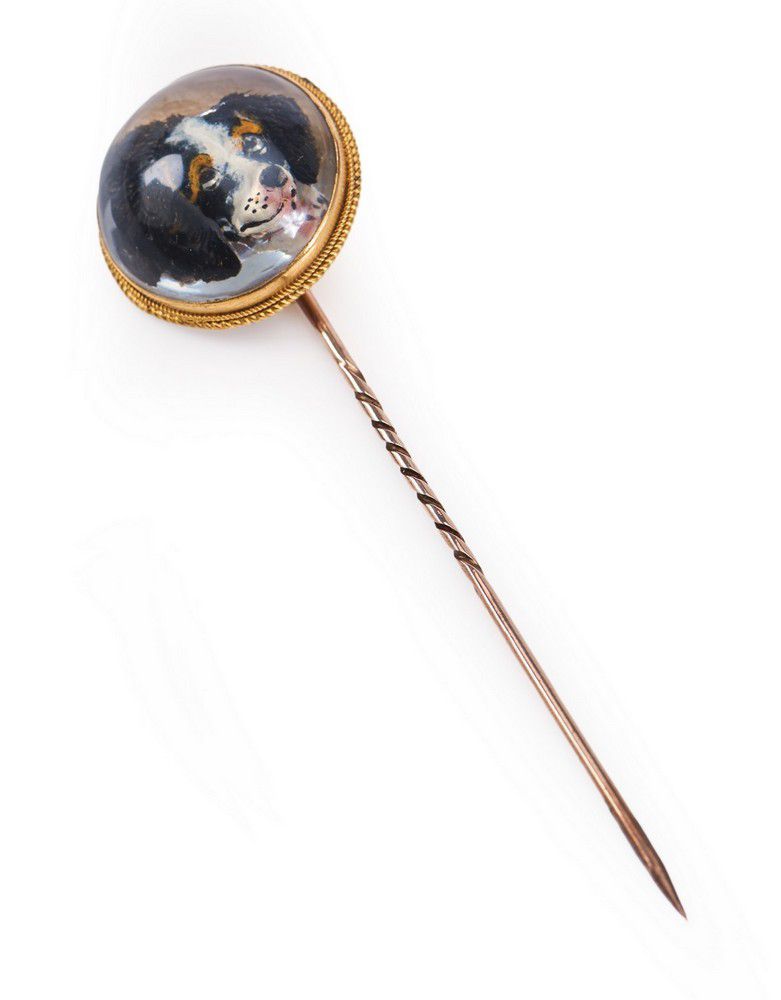